NDS video processing and wireless technologies are designed to comply with professional broadcast video standards. Chroma subsampling is part of industry adopted video standards set forth by the Society of Motion Picture and Television Engineers (SMPTE). This Technical Review explains chroma subsampling, how it is applied in NDS products, and the influence it can have on certain test scenarios during technical evaluations.

What is Chroma Subsampling?

When the resolution of color information is reduced by half relative to luminance information, this is referred to as 4:2:2 chroma subsampling. This method of color encoding is widely used in broadcast video applications. For example, all HD-SDI and 3G-SDI video signals utilize 4:2:2 chroma subsampling in compliance with SMPTE 292M and 424M video standards. Since human vision is less sensitive to differences in color than luminance, when viewing live video images at normal viewing distances there is negligible perceptible loss incurred by applying 4:2:2 chroma subsampling. However, some artifacts can be seen in certain digitally created test patterns, in particular, those with sharp transitions of fully saturated colors such as the color bar test pattern show below:

The robustness of ZeroWire’s wireless video link is improved by applying 4:2:2 chroma subsampling to DVI signals. By reducing the necessary bandwidth needed to sustain the video link, the system is able to perform more consistently in a wider variety of conditions. Factors such as obstructions to line-of-sight, rapid changes in orientation, and other dynamic variables make this improved level of reliability very important. As explained above, 4:2:2 chroma subsampling has negligible impact on live video sources such as an endoscopic camera. However, some minor artifacts may be noticeable when viewing certain test patterns with sharp transitions of fully saturated colors. This should be taken into consideration during ZeroWire® technical evaluations. 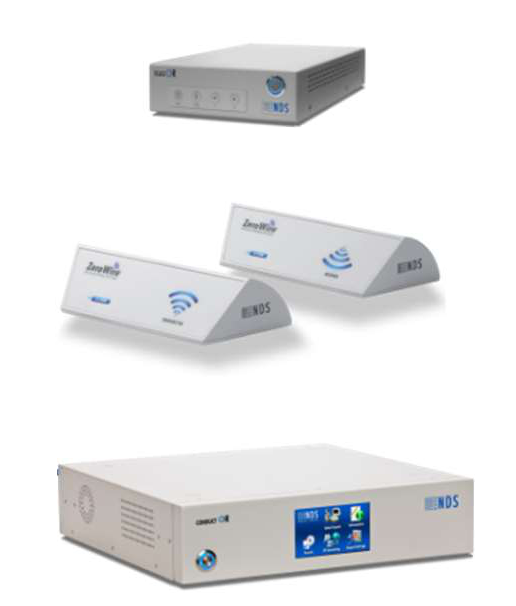